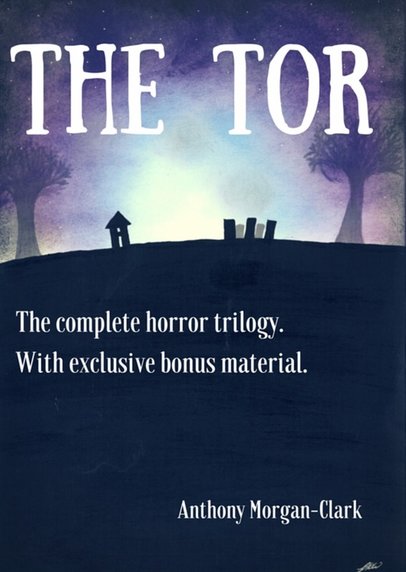 Another man kidnapped. Another boy missing. One man who will become more than human. One man pushed to the brink of suicide.
The Tor.
For centuries it has stood over the village of Batsford. A dark force lies within, unknown to the villagers yet influencing their every move.
The 1970s. James Immola, a young father, leaves the village for a night of music and drinking in the local town. Whilst out he meets the beautiful Rebecca. But all is not as it seems. Will James realise the danger he's in before it's too late?
A decade later, three school friends walk home on the last day of term. One of them will not see the holidays. Can his two friends unravel the mystery of the Tor before they fall victim too?
In the 1990s Joseph Sanderson, a loner plagued by vivid and recurring dreams, meets the girl he wants to spend the rest of his life with. But what is the secret torturing her - and what will he do when he tries to follow her?
In the first decade of the new millennium Andrew and his partner move into the abandoned Dadeni Cottage, overlooking Batsford. Soon the Tor influences their lives, with tragic consequences for them both.

This edition collects the original trilogy, the short publication “The Cauldron”, and an exclusive short story, “Symeon’s Tor”.
Available in paperback and for Kindle, and for all other e-readers.

The Complete Tor is also available as an audiobook via Audible. Click here to get your copy!
"Brilliantly written, with a believable and sympathetic protagonist... expertly executed, mysterious and brilliantly spooky"
From a five-star review of The Cauldron

​"I could not put it down"
"The characters are believable and the dialogue is spot on."
​From a five-star review of The Tor Part One
"The dangers of The Tor are well grounded in folklore and tradition and all the more powerful for that. If you want an excuse not to venture into the English countryside for your holidays, reading this book might provide the answer."
Sandra Unerman, British Fantasy Society review.
Powered by